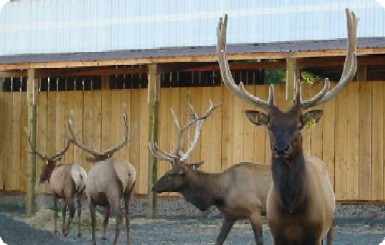 One of the things we like to do at UGSRP is support student research projects. Most often students are recruited to aid in ongoing projects that we are working on but occasionally they come to us to supervise research in their own area of interest.  One such student named Brett Martin approached us last year to see if he could conduct research on the Game Meat Industry in Ontario.

Brett was a varsity swimmer in his fourth year and was looking to pursue a career in the culinary side of restaurant management.  His interest in game meat was sparked after working in the kitchen of a resort in Northern Ontario where he was first introduced to cooking with game. Brett was a fixture anytime an event was being held at our student run restaurant PJ’s and it was easy to see his passion to learn more about food.

Brett came up with a plan for his project, we helped introduce him to some chef’s and purveyors of game meat and set him on his way.  A lot of Brent’s time researching game meat was spent either on farms speaking to producers or with chefs in their kitchens.  This is what we call ‘experiential learning’.  Brett’s learning went beyond just game meat, he grew a better understanding of the connection not only between producer and chef, but also between land and table.

If you’re interested in learning more about game meat or just want to have a look at Brett’s research paper we’ve attached it below. Brett earned a credit for his work which included a public presentation of his findings.   After another summer up north Brett is continuing to work on his culinary career and is keeping in touch with us here at UGSRP. We think so highly of Brett that we’re hoping to talk him into staying involved with the project.