I was poking around the Toronto Star website the last couple of days, feeling out of the loop like most university students do after being engulfed in school work. I was looking at the star’s photo blog which demonstrated photos for the month of February (yes I went that far back). One picture that got me quite excited was a portrait of Brad Long that described his upcoming project. Long has worked for the CN Tower’s 360 restaurant and was a staple at the Air Canada Centre for the last ten years.  His new project, called Cafe Belong,  is set to open soon in Evergreen Brick Works.

“It will be a model for local, sustainable, ethical, progressive food in the city, and a showpiece for the entire project at the Evergreen Brick Works.”-  Toronto Star

I am so excited to see how everything will unfold from the space itself to the menu. I am happy to see someone take on a leadership role in the food industry regarding the importance sustainability and sharing it with Toronto!

Here is the link to the article I found for some further reading: http://www.thestar.com/mobile/living/article/938723 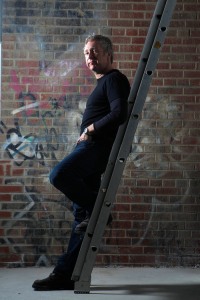 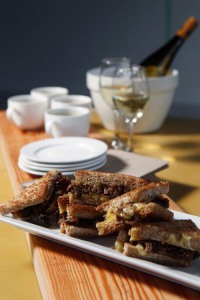 The photos I came across, left is the man himself standing in the new space and right is Long’s pulled pork grilled cheese. I hope it will be featured on the menu come April! (photo cred Rene Johnston of the Toronto Star)